Still on holiday back in Finland enjoying some time off from internet and computers.

We had an electricity cut due to a storm so the break from the e-world was even necessary for a day. It's quite heatlhy to get reminded of how dependent we are on electricity every now and then. I think the worst was acctually that the waterpump didn't work. Luckily, our electricity cut didn't last more then some hours but other's were less lucky, like the our friends who has a kennel in Espoo. They had been out of electricity for 28 hours when we went to see them and brought them some water.

Fortunately, the puppies were fine (and adorable) 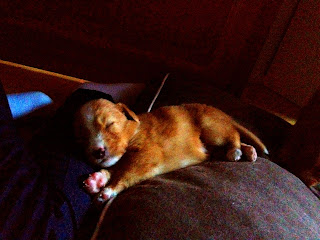 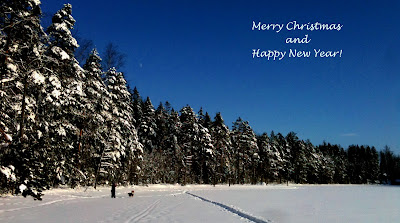 Found this video on underground Helsinki. It's nice to see that my old hometown has found some innovative solutions for a green datacenter. The datacenter uses cold seawater to cool the computers down and the excess heat created by the computers will be distributed to the heating system that warms up peoples homes. A win-win for everybody.

Google is also using the Baltic seawater to cool down their computers in the datacenter in Hamina, Finland.
It seems like the new facebook data center to be built in Luleå, Sweden, will mostly count on the cold weather to cool the computers down and not seawater but they have additionally announced that they will use renewable energy, however, there is not very much details on how much energy used will be renewable.
Seems like it is popular to build datacenters in the nordics.
Posted by Cat at 12:50 PM No comments:

A friend of mine started a little project, a budget trip, with one of his friends from Helsinki aorund 10th Dec. They have now reached Poland by hitchhiking most of the way, on a budget around 11-12 EUR/person per day. Would you be able to live this cheap even staying at home?

Check out their webpage here, not sure I'd be up for camping in December but I'm sure they are having an adventure!