Nutella, another item that goes off my shopping list. That Nutella is unhealthy is no surpriseto me, but that one of its main ingredients is Palm Oil was a surprise and a big issue. Not that I mind leaving Nutella on the shelf because I don't eat it but Stefan loves Nutella, anyone has a good homemade recipe on a chocolate spread better than Nutella?

Perhaps because I don't eat it I haven't checked the ingredients...Just recently another research showed that Palm Oil is even worse for deforestation and carbon emissions than thought. Here is a link to some of my previous posts on Palm Oil, Palm Oil is one of the biggest reason for deforestation in Indonesia.
Unfortunately, it is almost impossible to avoid Palm Oil in food as it is usually labelled vegetable oil and the same big companies own most food industry (link in French) even if we think that we might have some sort of consumer choice in the store. 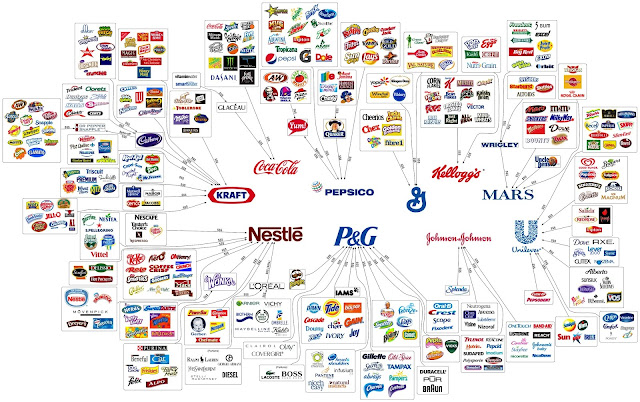