We have had a friend visiting over a long weekend, therefore not much updates here. Also I should start on my thesis but that's another worry for another day.

We had a good time with her though, we visited the African restaurant, Messob, in Uppsala that I've wrote about before. It was just as good as always! Then again how can they fail as they are both a fairtrade and eco-labelled restaurant. 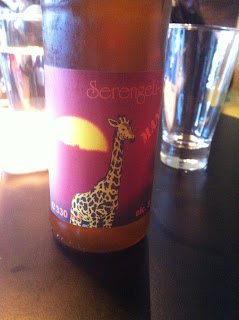 We coloured my hair, with Logona chestnut brown herbcolour. It worked out as just as well, perhaps even better, than with Santé's colour last time I tried to colour the hair myself. The colour was a bit more red than last time but I also added some Rooibos tea to the mix. It said on the package that you can add black tea but as I don't drink black tea I had to use what we had in the cupboard. I still would like to try out adding red wine as well to see if it gives an even deeper colour. Regarding the colouring process, I have to say it was a relief to have a friend to help put the mix of water and herbs in the hair! Here's the result (I forgot to take a before pic, sorry!): 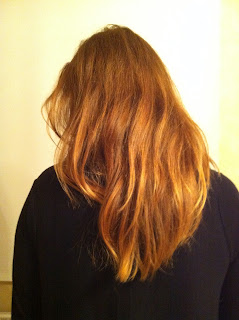 We also did some baking as our plum tree is basically overflowing with plums this year and we don't have time to eat them all. 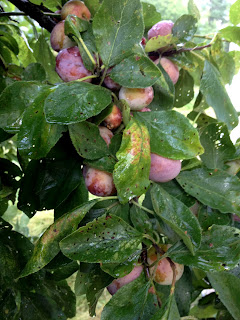 So we tried to make a plum-pie, recipe (in Swedish) here ( I added some oat on top as well) and it was really, really good! 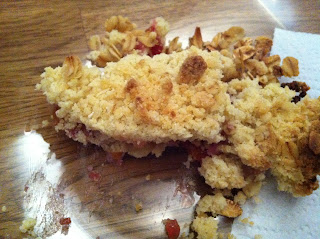 Additionally to the plums we have some lovely lavender in the garden so I had to try out a recipe when I found out that you can eat it. I don't know why I haven't thought about eating lavender before. 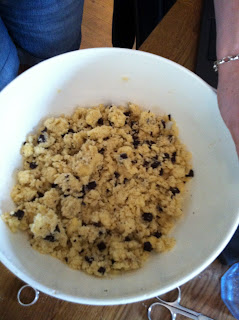 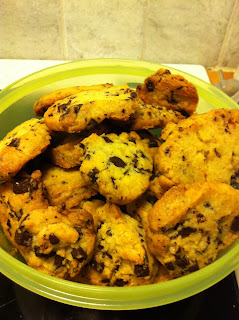 They were awesomely good, after one cookie you felt already quite filled up though so you don't want to eat more than one at a time (which is good). The taste of lavender was surprisingly strong even if we only put around a spoon in there, so be careful with that if you are not sure if you like it!

Now it sounds like I made my friend bake and fix my hair all weekend long but don't worry, we also spent time walking around in Uppsala and we even took a detour to Norrtälje. It was not only hers but my first time in Norrtälje and I was positively surprised by the cute centre, the harbour area was less nice but no need to hang around there. In the centre you can enjoy a traditional Swedish "fika" in a cafe in one of the small old tree houses. I have to go back there another day when the dog cafe is open, which is wasn't when we were there as it was a Sunday.
Posted by Cat at 1:45 PM