A friend posted on facebook this opinion from the biggest news-paper in Finland. It's about how biking should be seen as part of the traffic and not as a hobby in the city. At the moment about 11% of people are biking to work and to do their errands in Helsinki but the city is working to increase that amount to 15%; which has not been looked well upon by some who are of the opinion that the city's efforts puts public transport in a worse position. The idea is anyhow to make an effort to improve the situation for both public transport and bikers as most things have been done in favour of private cars in the last 60 years.

When we were in Spain I was somehow surprised to see so little bikes compared to the Nordics. The climate should be more favourable to bike, but perhaps it is too hot in summer? Perhaps it also had to do with the fact that it was holidays but it was also explained to me that one big problem is that cars don't respect bikers in the traffic, so it doesn't feel safe to bike. 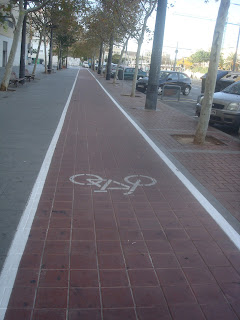 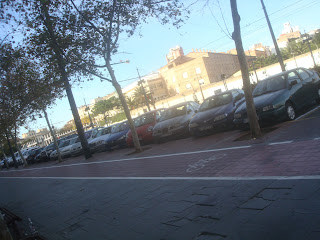 In the park you could see some more bikers though. This park is really nice and runs for quite a while, it used to be the river Turia but after a flood in 1957 they diverted the river to go around the city instead and built a long park in the middle of the city with football fields etc. Perfect for walking, biking or rollerblading! 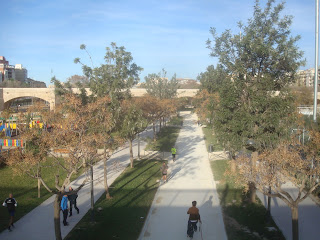 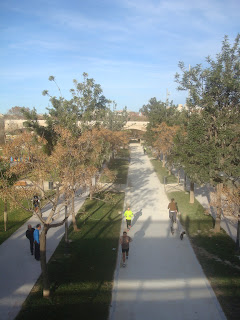 In Uppsala the biking culture is quite substantial, I admire the ones that venture out also in snow and minus degrees to bike to school and work! We unfortunately live too far from the city to bike all the way there, one reason for living here is that it is super difficult to find a flat in the city of Uppsala, so I haven't experienced the biking culture in town on a bike unfortunately but we've done some excursions on the bike around the countryside where we live. This pic is taken in summer outside a student residential in Uppsala. 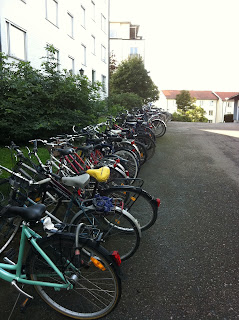 To finish off I thought I'd post some biking inspiration for you:

Video from Copenhagen, which is often called "the city of cyclists":


Copenhagen - City of Cyclists from Copenhagenize on Vimeo.


Our bikes on the porch: 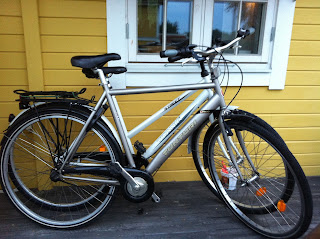 Bird in bike-basket (pic taken at my Uni in Helsinki, somebody had obviously not used this bike for a while..) 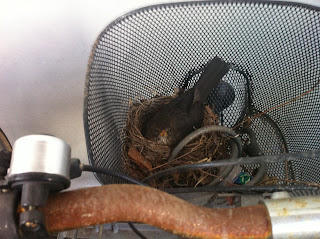 Me biking in snow in Helsinki (not necessarily recommended unless you have bike-tires for snow). 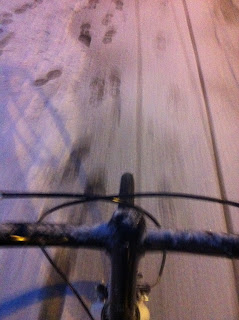 This video is made by the company Holstee insired by their manifesto.

Do you bike a lot? What inspires you to keep on going?
Posted by Cat at 2:41 AM

Email ThisBlogThis!Share to TwitterShare to FacebookShare to Pinterest
Labels: transportation